Notes:
Started where we left off; being stampeded in the woods by large creatures. Failed fortitude save; still blind. Received anti-toxins and now I am not blind. Currently still staggered. 8am right now. 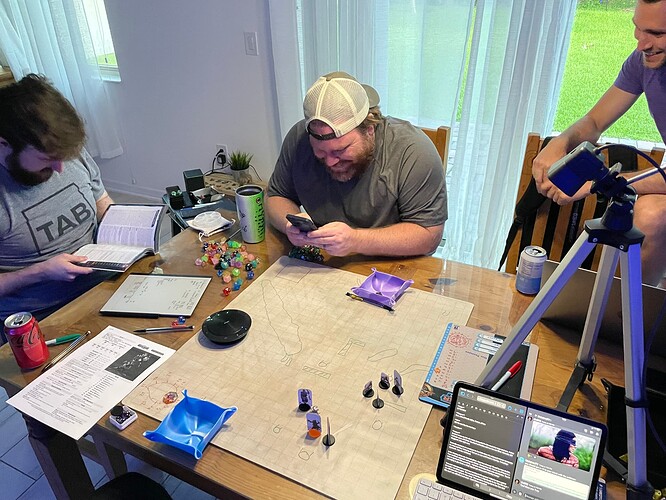 Currently creatures are running in to the field where the stampede leaves carcasses to come and feed. Running as fast as we can and found a clearing. 4 monkeys approach. I am now stiffened.

In the clearing there are downed pillars. Giant tree downed. Found the rune obelisk. Four monkeys approach and seem violent. Conversing with Tree to see if there is a way to approach this peacefully. I failed to intimidate them into submission. Tree is now trying to give them a whip! Wynter got stung and is feeling woozy! 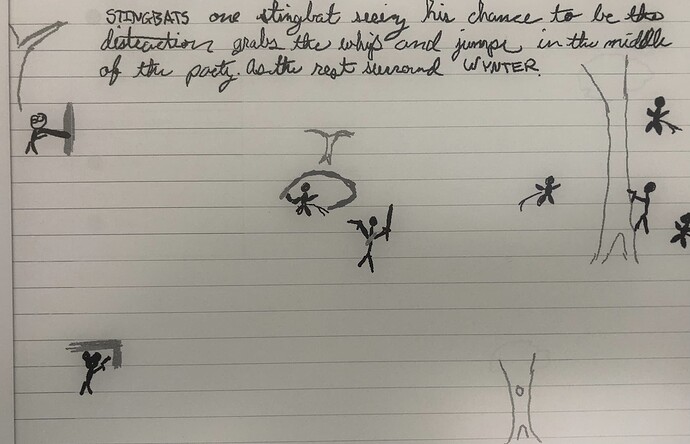 Tree and I attempted to wrestle our monkey to the ground. Failed to save against the toxin; I am blind again. The monkey that has a whip thanks to the Tree hits me! I am still blind after trying to step away. Tree punches monkey bat in the face and kills one! I am still blind and weak. I can’t throw grenades! I saved on my poison, mustered the strength to throw a grenade. A second one dies!

Wynter is getting pulled towards to the obelisk. Goblin’s laser rifle blows a hole another monkey; dead. Wynter makes it to the obelisk; a huge creature 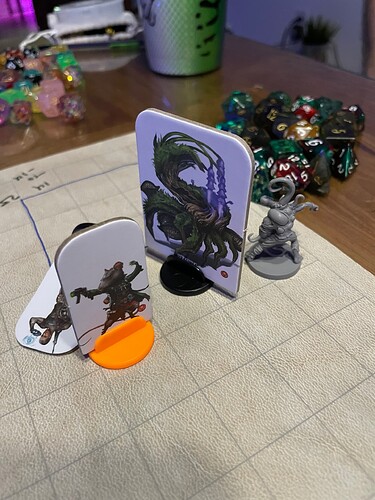 The android rat is now swallowed by the giant creature. Wynter is now paralyzed. Goblin shoots and hits, which in turn also hits the

inside the flower creature.

Wynter’s supernova hits! Wynter’s legs are broken. The rat was able climb out the creature’s gut. R1CK has stabilized Wynter. I was compelled to come up to the flower; then saved. Pulled my sword and hit!

is being thrown and eaten. Math is being calculated. Reddit is being consulted. R1CK is now in the tree looking for what the monkey’s hid. NAT 1 is rolled. Three monkeys jumped on the

and fell out of the tree together.

Wynter started trying to read the obelisk. He sucks at it. A few more attacks and more

we were able to vanquish the flower. Searching the obelisk after spending a short rest to get my Stamina back. After searching, Estes suit 1, frost bite rifle, and a credstick (290 credits).

After inspecting the roots of the downed tree it seems like they were harvested. Tasted it a bit, seems to have healing properties. I stored a bit of healing roots. (Healing 1d4) Searching the obelisk reveals: "You are approaching Loskialua, monastery of starsong, embassy of the spheres, and Temple of the Twelve.”

R1CK ate a lot of roots. He is trying to get three serums from the tree with the monkeys in it.

It was estex suit 1 but it was ruined, ripped to shreds by the Vcranea.