XP:
45 from the three witches
945 from the six flame skulls
50 extra for Nibbs for using his brain power!

Notes:
The party continued to explore the Amber Temple with insufferable cold pressing onto them, down to their bones. They made their way east in the temple, thinking of exploring that side, making sure to take out any other Flaming Skulls that might be protecting the main temple floor. This time they got a better look at the 40 foot tall statue of a hooded figure in flowing robes. It’s face, a void of utter darkness. Feeling as though moving forward without taking care of what might be in the east hall would be disastrous. 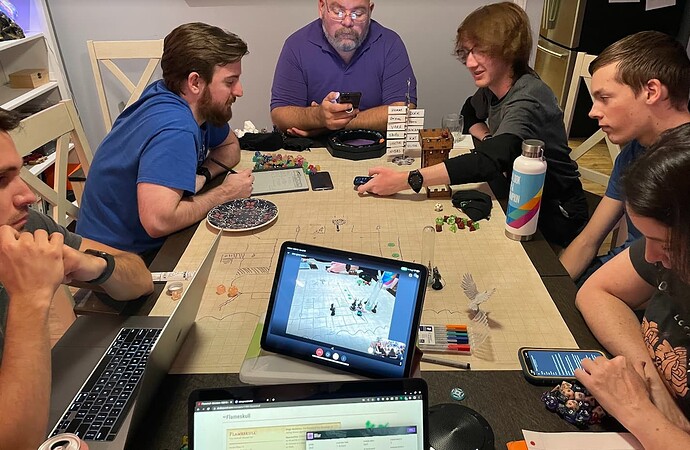 Entering the South East Annex, they found a room with little in it other than the empty scones on the walls and a rough-hewn opening in the floor. Rickie went up to the hole and tossed a lit torch down the hole to find out how deep it is. Even though he counted the seconds of it’s falling, he wasn’t able to do the mental calculation of velocity, time and gravity. Was it about 20 feet? The barbarian Hammy decided to take a look down the hole. With his quick peek he was able to see a glow from green flame.

Spooked, Balzac (who?) proceed to bath the opening shaft in moon light, seemed to hold the flameskulls at bay, however, when others poked into the hallway that was near this room, they found it was also occupied by 3 more flameskulls. An intense fight ensued, fireballs were thrown, waterfalls poured and eventually the party was able to vanquish the green glowing skulls. 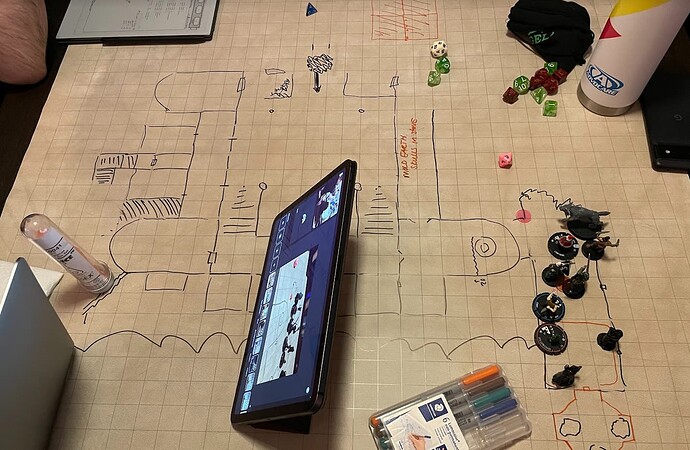 Once all the flameskulls were gone, the party decided to descend the shaft and they stumbled into a room with three sarcophagi in it. The sarcophagi were misshapen forms of solid amber and in them, were wisps of darkness. More coldness and evil permeates this space. On closer inspection Varr remembers how ancient wizards of good captured powerful evil entities and encased them in tombs of amber. And over time, the wizards were likely corrupted by the powerful evil, encased or not.

Opening the door out of the room, the party encountered 3 Borovian witches that seemed to be looking for some of the ancient evil power that is available in this place. A fight occurs and two of the witches are quickly killed before the third escapes down the hall…