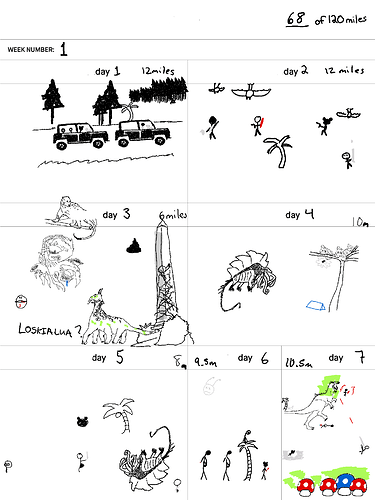 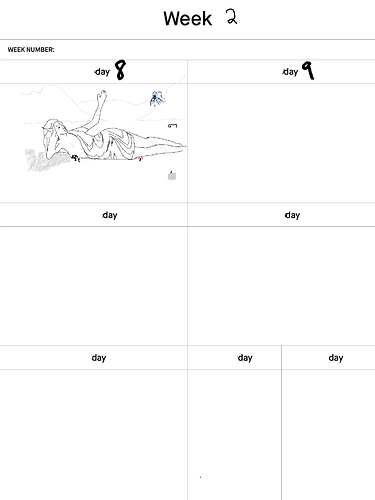 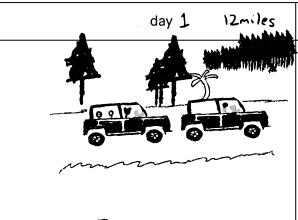 After getting a lift into the outskirts of the jungle the Starfinders get their bearings and make camp to start early tomorrow morning.

The day starts very hot and humid as the party starts accepting that the weather will only be getting worse from here as they get closer and closer to the tree line. While about a mile from the trees they have another encounter with some Bats just like the ones that went up in smoke along side their companion Rick. 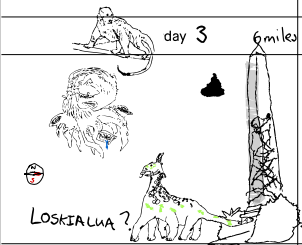 After an uneventful nights rest they pick backup and start heading “east”. They eventually realize they must be going the wrong way and head for a clearing and find a moot of Yaruks grazing peacefully until a shot is heard and the herd starts a stampede toward the party.
After evading the Yaruks and Voidurger’s attacks the party takes a sort rest before hearing sounds of “kau-kar-eeee-keeee” and decides it is best to hurry along.
The party attempts to run from the Kaukarikis Troop only to be lead into their territory and attacked.
After dealing with the Stingbats Wynter and R1ck are drawn to the Obilisek at the end of the clearing and are attacked by a giant plant creature the Vracinea!

Bats just like the ones that went up in smoke along side their companion Rick. 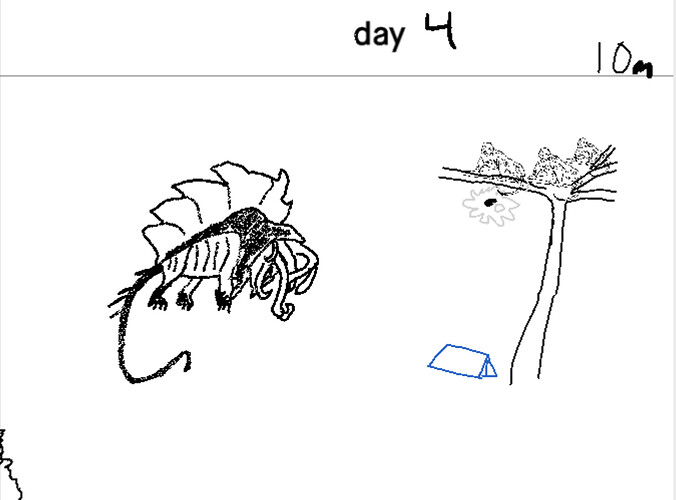 A new creature is found following the party. The creature is eventually identified as a plant scavenger known as a Ksarik.

After darting and infecting Wynter and being scared off by laser fire it ran back into the forest.

The party sets up camp with Balzec and Jon standing watch. They see the Stingbats attempting to drop a tree branch down on to Wynters tent. Unable to shot the monkeys out of their plan Jon tosses a grenade to scatter the monkeys. The monkeys scatter as the tree branch shatters into pieces falling on Wynter waking him from rest.

The stingbats leave the party alone for the remainder of the night.

The party wakes and sets off heading northeast for another two miles to head north for another 3 days.

After breaking camp the Kasrik reappears taking some thorn dart shots and an acid spray before running off again Northeast.

The party continues for a few hours with only monkey screeches, which they also returned back scaring the Stingbats off again.

The party hears some pained sounds coming from not to far away, 300 ft or so. Voidurger can only make out it as pleading of some sort. The party runs, as much as they can with them being fatigued from the mixture of the jungle and the inhabitants not being welcoming.

They get to a large 200ft clearing with only a few small trees and see the Sun for the first time in the 2 days since they had the encounter with the thundering giants. They see the source of they yells a Lasunhta women attempting to crawl up a small rock in the middle of the clearing. She is asking “the Devourer” to grant them death.

As R1CK heads out to the lasunta on the rock Balzec and Jon are surprised as the Ksarik comes out of the trees and darts into with its thorns impregnating them both.

Balzec rushes as far as he can as R1CK heals the women and makes his way back to the party as voidurger charges toward the monster after getting splashed with acid.
Wynter and Jon fire on the Ksarik.
After landing more hits on the Ksarik, it runs to voidurger attempting to entangle its tentacles in voidurger’s vines. Unable to get through voidurgers defense it runs to wynter and Jon, ignoring voidurger as he cleaves into the creatures back.
R1CK now close opens fire on the creature as voidurger, wynter, and Jon surround and hack away at the Ksarik.
The Ksarik bite and tangles tentacles around Jon, after doing so Jon sees realization in the creatures eyes it now understands the function of all of Jons equipment namely how to use the grenades bandoliered across his chest.
Voidurger and R1CK land more hits on the creature and Wynter let’s out a solar nova the creature wails as Balzec turns and pains himself to swing his gun to level a shot into the creatures face dropping the Ksarik to the ground.

Wynter goes to loot the monster as the monster rises back up and takes a bite at Wynter, as this happens Voidurger whip/lassos the Kasrik clear through its torso killing it.

Wynter and R1CK harvest the tentacle juice. As Jon rests thinking though his life choices.

Talking with the lasuntha women they learn she is Ralkawi a (new) member of the Cult of the Devourer. They are heading to the “Temple of the Tweleve” and she was sent as a batch of cultist to stop/slow/distract the people that followed them into the jungle. The next stop along the way is the “Stargazer” about 3 days north of where she is now. She was attacked by the Ksarik yesterday and the creature hasn’t been back until it came with the players. She explains she is with Tahnomen and they are taking some scientist to an ancient temple to get some information they can use to serve the Devouror. 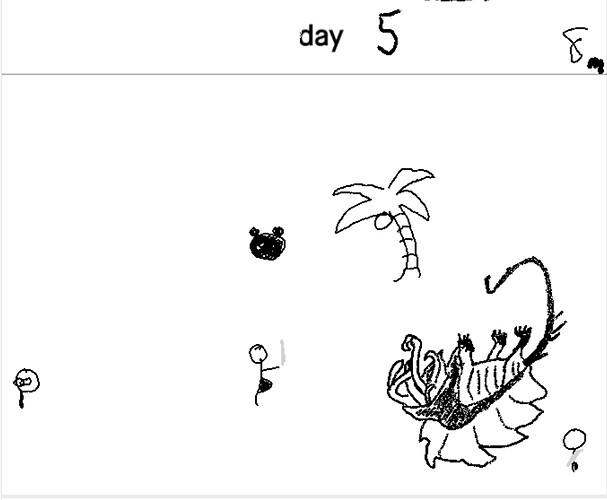 Begins without much interruption in the night as the party starts up north. 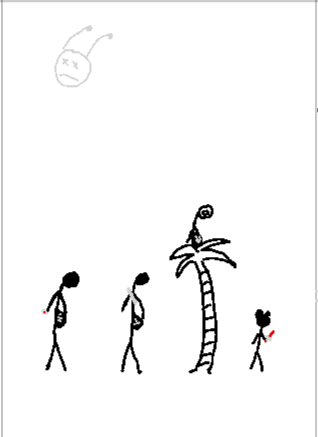 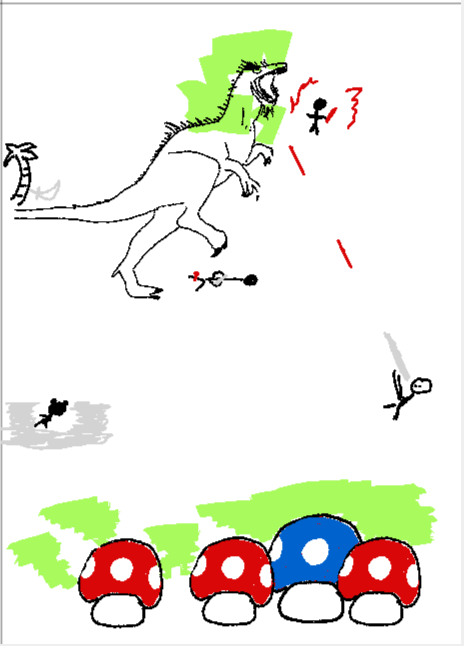 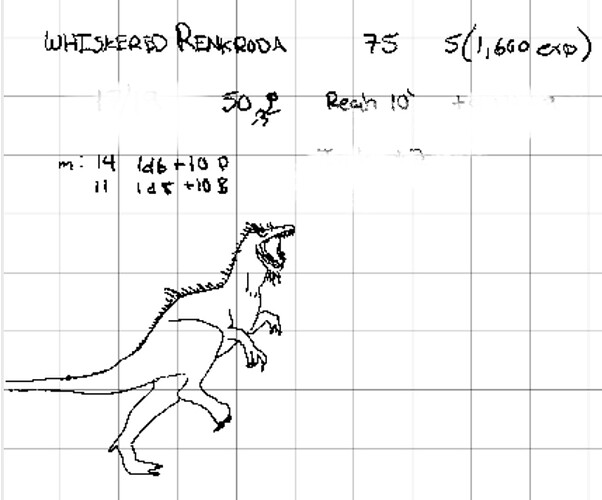 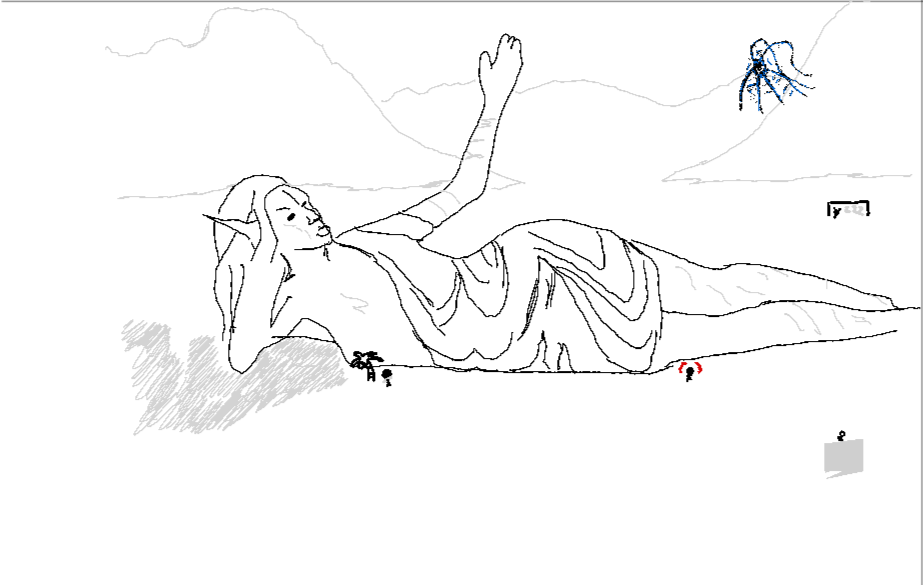 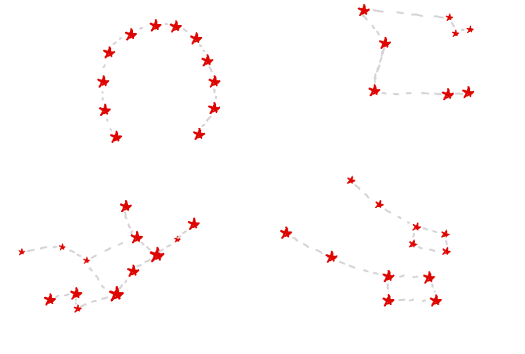 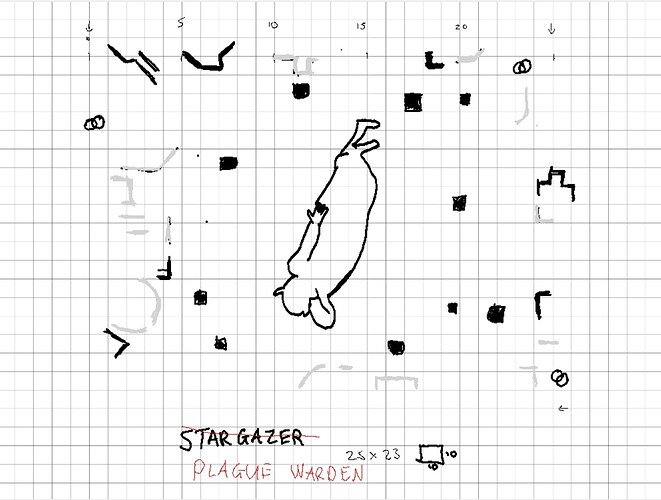 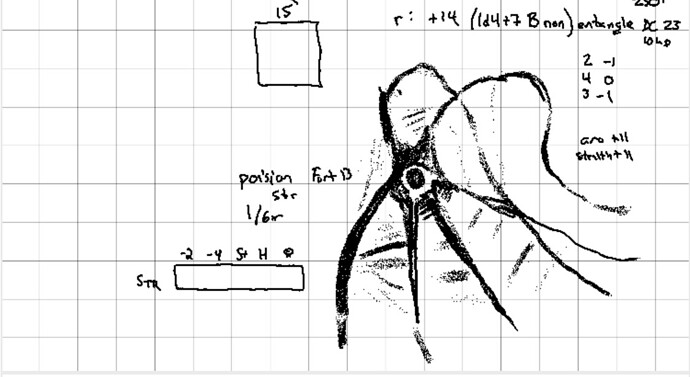