The other night @shunammite and I decided to play a game of Caylus. The new 1303 version. It had been way too long since we played and I had to re-learn the rules which took a minute. The setup is more finicky than I remember, but the game play is really simple and straight forward. 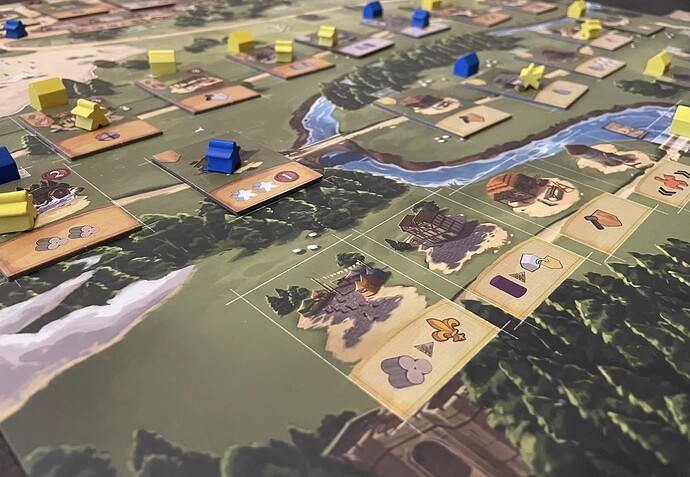 But boy, it is a good looking game on the table! 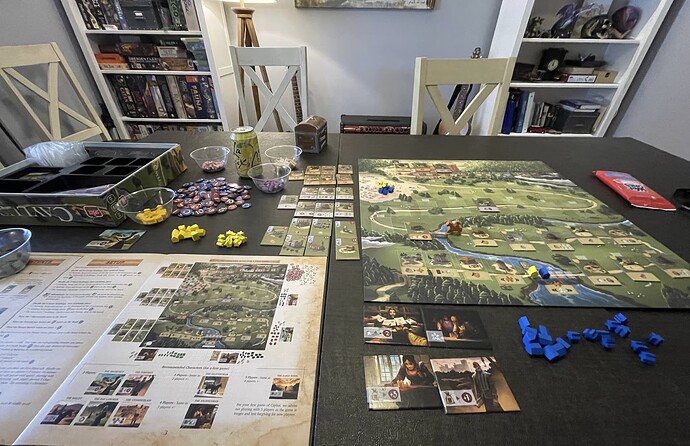 It ended up being a really close game, with my wife besting me by going and doing construction for a steady stream of prestige points. Another thing to consider, is there is one “gotcha” element in this game: the Provost. Lindsay and usually don’t like “take-that” style games and while Provost is really under used when we play there was one play that she got me with it because I wasn’t expecting it.

Great game over all.